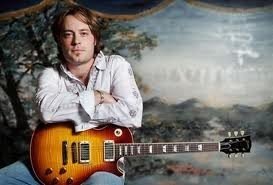 STAR is happy to announce that Seth James is coming to the beautifully restored auditorium above City Hall, on Saturday, August 2nd.

The news just gets better from there!  Seth is doing this concert at no charge to you.  Mark your calendars and plan to attend this outstanding event at the Whiteside Auditorium for the Performing Arts. You may know Seth as the grandson of Ann Elliott, and the nephew of our very own Sheriff, Bob Elliott.  Seth James’ voice is as powerful as his uncontainable blues aura. Raised in King County, just north of Abilene, Texas, it is no surprise that he comes across as much of a Texan on the outside as he is on the inside. With a skilled piano player for a grandfather, and an accomplished drummer for a father, Seth James’ musical itch was inherited. After trying both piano and trumpet, Seth found his niche, when he started playing guitar in high school. The fates were surely at work when bassist Philip Tom realized that James had sold him his first bass while working at a local music store. Seth James and Philip Tom were to remain a magnetic musical pair, integrating their distinctive style drawing influence from artists like Bobby Mack, Doyle Bramhall, Albert Collins, Al Green, and Freddie King. Seth James soon made the move to Austin, Texas, which placed him in the “Mecca” of Texas music opportunity– a place that has undoubtedly embraced this one of a kind talent. James’ debut album, Bad Luck and Trouble, stands as a glowing example of this songwriter’s ability to balance strong blues-rock progressions with introspective lyrics, all the while keeping fans on their toes. With native Texans Philip Tom on bass, Johnny Marshall on B3 organ and Ronnie Walker on drums, James’ second release, Live at Gruene Hall, captures the essence of this future Texas blues legend at his best. Seth James performs on both sides of the finely drawn line between blues and rock genres, combining firmly planted blues roots with impressive rock riffs. It doesn’t matter what label you can stamp on it…it’s just plain good. He has quickly captivated listeners and fans, and has created a marvel in the meantime. – See more at: http://www.lonestarmusic.com/SethJames#sthash.HdT4wdY0.dpuf