The Power of The #Hashtag

Hashtags are everywhere. In just a few years they’ve been heavily incorporated into network TV shows, commercials, movie promotions, magazine ads and, amazingly enough, for many folks they’re even part of their everyday vernacular (albeit usually with a touch of irony).

A hashtag is a word that is used after the symbol #. It can be used for a variety of reasons but it is generally used to bring attention to a particular topic and to unite tweeters, facebookers, and instagrammers.  Topics can trend on twitter, facebook, and instagram depending on how often the word or hashtag is used.  You may often hear television presenters or radio DJs announcing what the hashtag is so that viewers can engage in an online conversation and provide feedback or questions to the producers, for example, #thevoice for The Voice vocal competition.

With hashtags, we can reach people that we normally wouldn’t get introduced to or have in our body of followers. It’s ultimately inspiring to know that a simple Twitter hashtag can create such a buzz and at the same time keep it close and personal. Twitter is unique in that sense. Twitter hashtags are something that every business should have a look at and really embrace in their attempt to get a discussion going.

In order to ease you into the concept of using hashtags for business as well as for personal branding, I would like to share an infographic that will help you grasp the concept of a Twitter hashtag. Maybe you would like to start using them to your advantage. The infographic (presented by Social Caffeine) called What You Need To Know About Twitter Hashtags is a great introduction to the power of hashtags in general. Hashtags have of course been available for a long time, and their use has been widely known. But, I think people have forgotten about the power of a good hashtag and how to really utilize it in their attempt to make people aware of what they have to say and share. 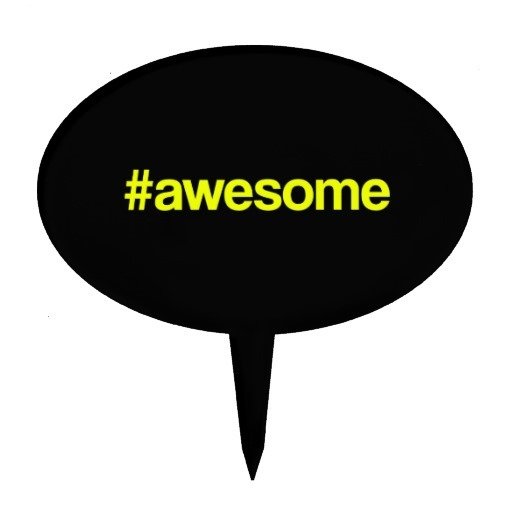 Take a good look at this infographic and soak in all the information about Twitter hashtags, and I assure you that soon you will be rolling in great hashtags and reach a far bigger crowd than you thought was ever possible. Instead of slowly growing your following, you can reach millions of people instantly with the simple use of Twitter hashtags instead. Don’t miss out on this epic feature that Twitter, for once, got right the first time around.